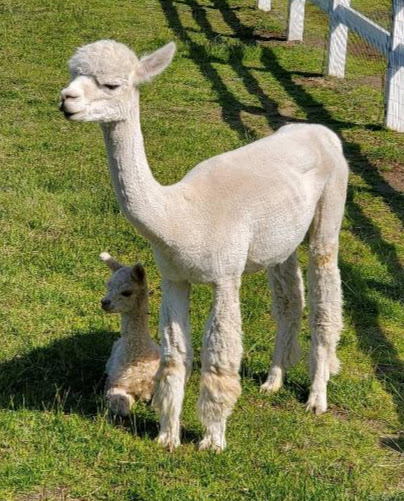 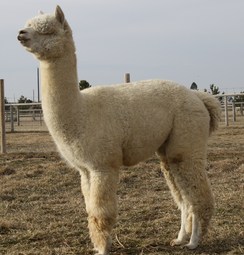 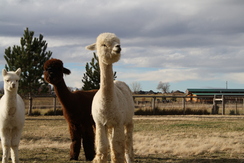 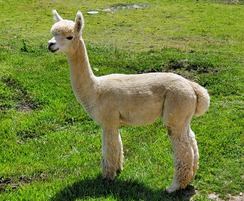 *** Iron Man has been a very solid herdsire for us over the last few years. Every Cria we've had has had superb fiber characteristics and he continually throws fawn when bred to white. We have a daughter that is exceptional (Sahara) and his son (Brigadier) that is the next in line to be a Macpaca Herdsire All-Star, which is the only reason we are auctioning him with a starting bid at such a discounted price. His genetics are extremely difficult to come by as mentioned below, so this is a great o ...
More Details
$5500.00
Ask a question
Details
Certificate EPDs
*** Due to family circumstances - we are reducing the size of our herd. Petra's Auction Price is not a reflection of her quality, but rather the need to reduce our numbers. ****


We are so excited to have Petra on our farm. She has great genetics, super fine fiber, and has the adorable look down pat. Petra's Dam is a PC Running Late daughter who had a 16.9 AFD at age 4! Petra is primed for long lasting fineness.

Her Sire is Gem State's Starquest's Rocket Man. A genetic powerhouse who also is sporting some amazing fiber stats. He is the top 1% EPD on SDAFD and Curve and top 2% on AFD and Spin Fineness. Rocketman's genetics are incredible on both sides of the aisle.

Putting a PC Running Late Daughter with Rocketman really did produce a winner! Petra already exhibits unbelievable fineness and brightness. Her fleece is beautifully bundled and she is a fabulous foundation female. Take a look at her histograms! They are phenomenal!

Petra is an EPD super star. She's a stat geek too, with numbers that continue to impress. It is a bonus that she is one of the best mom's on the farm. We lost a mama alpaca this past year and Petra was more than willing to nurse the cria left behind. She produced enough milk for both her own and her adopted cria. Good mamas are underrated!

She is now bred to Iron Man for a 2020 cria. I have a feeling this will be another big win!

And another huge hit! Indeed, she threw another light fawn, this one with Iron Man. It took us all of one day to realize that this little guy's fleece has some serious character. We will wait and watch ... you should too!

We are happy to offer financing options on regular priced alpacas. Please call to learn more. Auction Prices = under $2000.00 = cash only. Over $2000.00 = 1/2 down with equal monthly payments for a year with no interest. 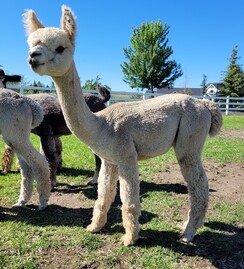 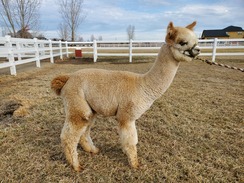 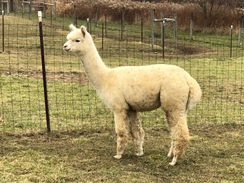 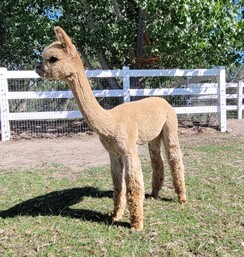 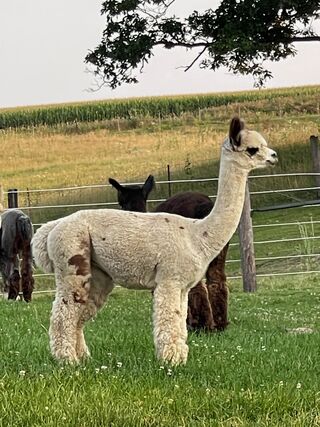